Toothpaste Records are delighted to announce the debut international release from songwriter, producer and singer Maika Loubté. The international edition of “Closer” is released on transparent vinyl with alternate artwork from Toothpaste resident artist Phil Boehm and a digital download.
The album is released worldwide (excluding Japan) on March, 27th 2020.

Raised in Paris and Hong Kong and currently based in Tokyo, Maika takes in global influences as she experiments and creates original yet subconsciously familiar melodies that connect with the emotions of the listener. Surrounded by an expanding collection of vintage analog synthesizers in her Tokyo home studio, Loubté is constantly exploring an amalgam of novel and nostalgic musical sounds.

Last year has been a breakthrough year for Maika, with single “Nobara” being exposed to millions after being featured in Google advertising campaign and broadcast on the huge screens outside famous Shinjuku fashion and music retail building Flags all summer to celebrate the store’s 20th anniversary.

Second “Closer” single “Mountaintop” also found success, picked up by Spotify playlists all over Asia and earning Maika thousands of new fans ahead of “Closer”’s initial digital release in July. The 9 track album, mastered by Parisian producer and DJ Alex Gopher features guest performances from Miho Hatori (ex-Cibo Matto, New Optimism) on the killer “SNAPPP” and beats from upcoming techno producer Risa Taniguchi on the hypnotic penultimate track “Celine”.
September saw the release of an impressive remix of “Nobara” from You Man, the electronic duo who spawned the club hit “Birdcage” and remixers of Charlotte Gainsbourg among others. The remix was again picked up by Spotify, who added it to their Fresh Finds and Fresh Finds Basement playlists.

In November, a Mitch Nakano-directed music video was released for “SNAPPP” with Maika and Miho grooving in pyjamas. A new single “Numbers” was also issued, and was again featured on the screens outside Flags during the closing months of the year.

Maika has already toured China and Spain, and will return to Europe in 2020 to celebrate the Toothpaste international release of “Closer”. More details about that soon. But for now check out the exciting sounds of Maika Loubté. 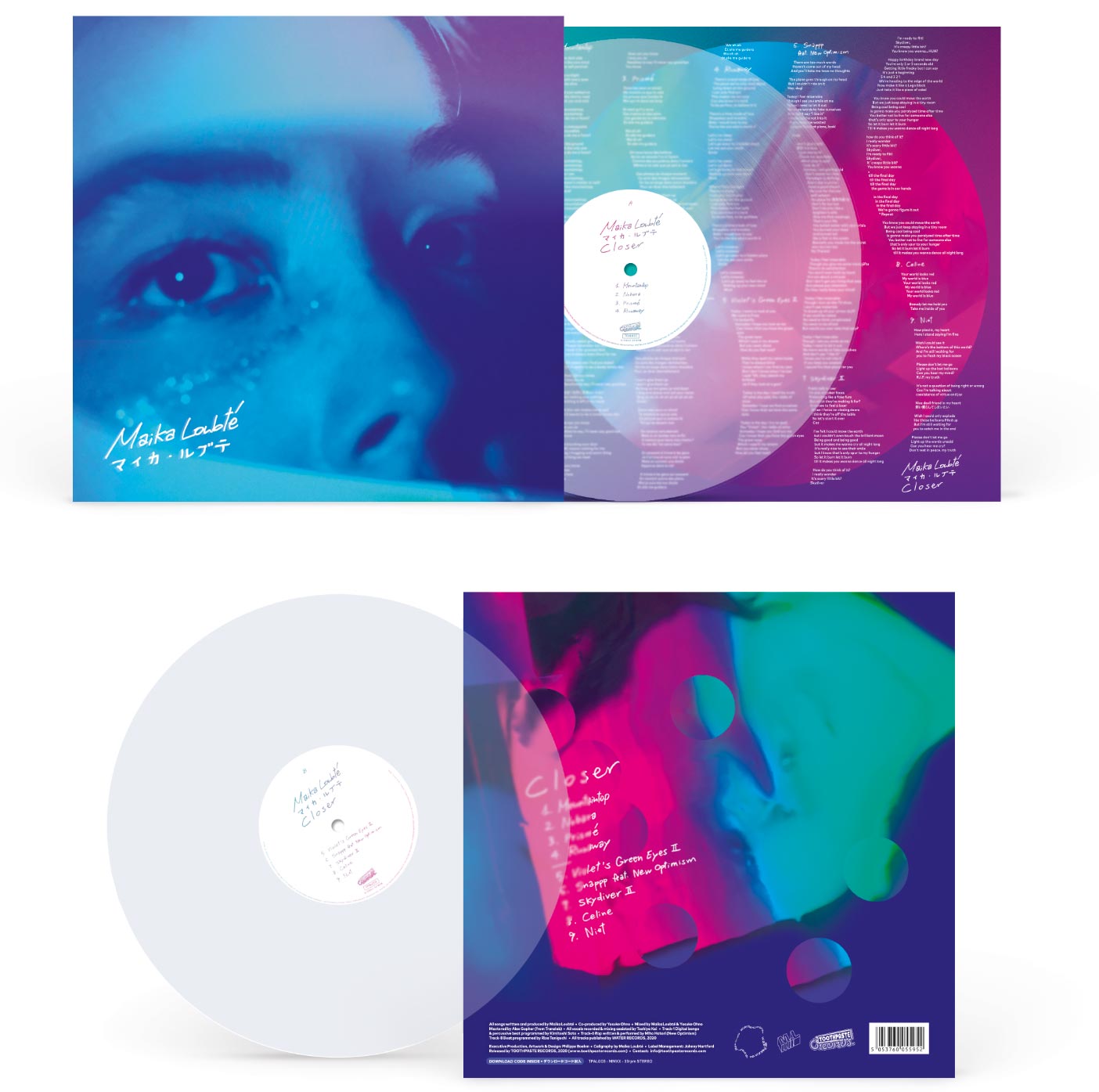